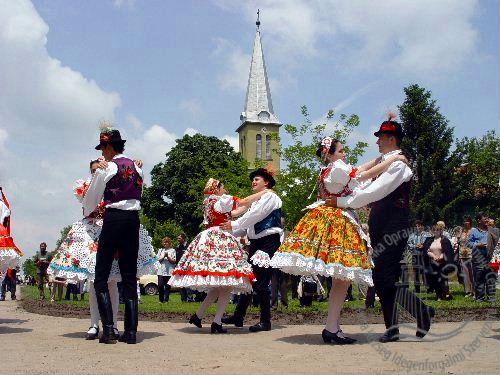 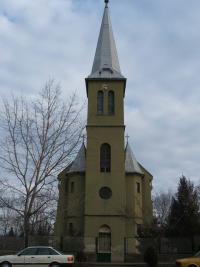 Tornyos is an old settlement, its first reliable trace can be found in documents from 1479. Among many others, this village became empty during the Ottoman occupation, but it was not totally demolished.

The rebel Jovan Černi was wandering with his army here these times. He announced himself first as a prophet, later as a tzar, and led an army of 10 thousand rebels. He was defeated by the River Maros, and Černi tried to escape to Szeged, but he was shot. The wounded leader was transported to Tornyos. He was beheaded by local nobleman, Bálint Török on his hiding place.

György Szerémi, after the death of the Black Tzar wrote in his memoirs: Illa villa magna erat – That village (he meant Tornyos) was really big.

The church, which is dedicated to Saint Mary, the Patron Saint of the Hungarians, was built in 1900 in style of secession. The decorations were finished in 1914 by church-painters Tari and Lol. The windows were made from crystal. The altar-piece images Saint Mary among the Hungarian saints. The 41 metres high tower got external lighting in 1998 – since then it can be seen from big distances.

The beauty of this village is illustrated on the painting of Sándor Turzai, who focused on the church and its street in his masterpiece.

The Cultural Association Ady Endre is the centre of the local cultural life. Art groups operating in this association mainly work on preservation and presentation of local music traditions. The biggest fest of the village is connected to the church: the wake is held on the second Sunday of October. The day of the village is connected to the new bread and Hungarian King Saint Stephen on 20th August.