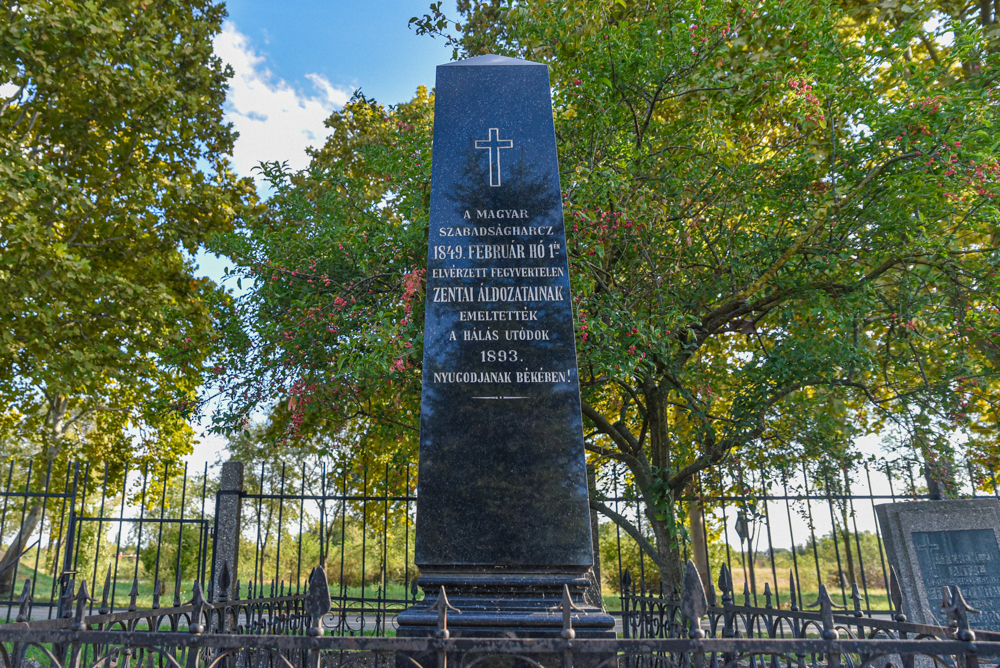 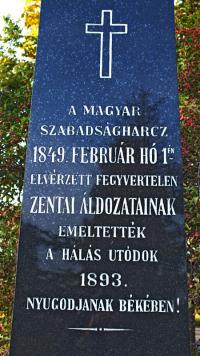 The Monument was set in 1889. in memory of the guiltless victims of the occurrences on 1st February, 1849. during the Hungarian Revolution and War of Independence .