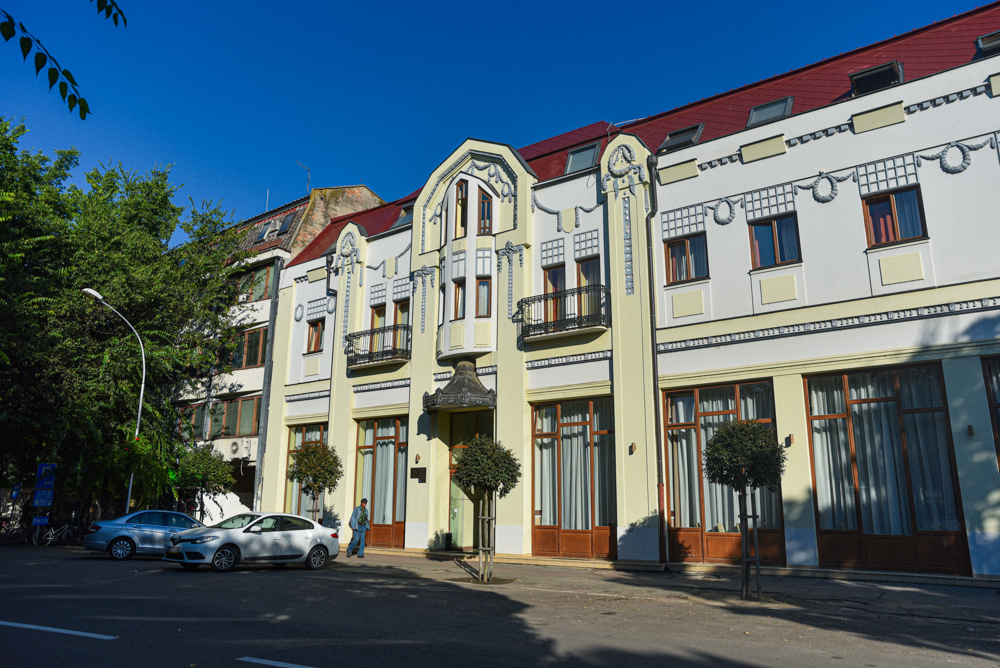 It was built in 1911 following the plans of Ede Magyar and was considered as one of the most modern structures of its time.

The building incorporates elements of the secession style. Over the entrance, there is a porte-cochère/portico of fine industrial artisanship, which ends in a pointed arch. The building of the Hotel Royal was the last work of Ede Magyar. The beautiful building has sustained various changes over the years, which caused it to lose its original, unique look. From 1985, the building has been protected as a cultural monument.

The paintings of Benes and Ács

The grand hall of the Hotel Royal is decorated with two large wall paintings, works of the painters Ács József and Benes József, painted in 1967.