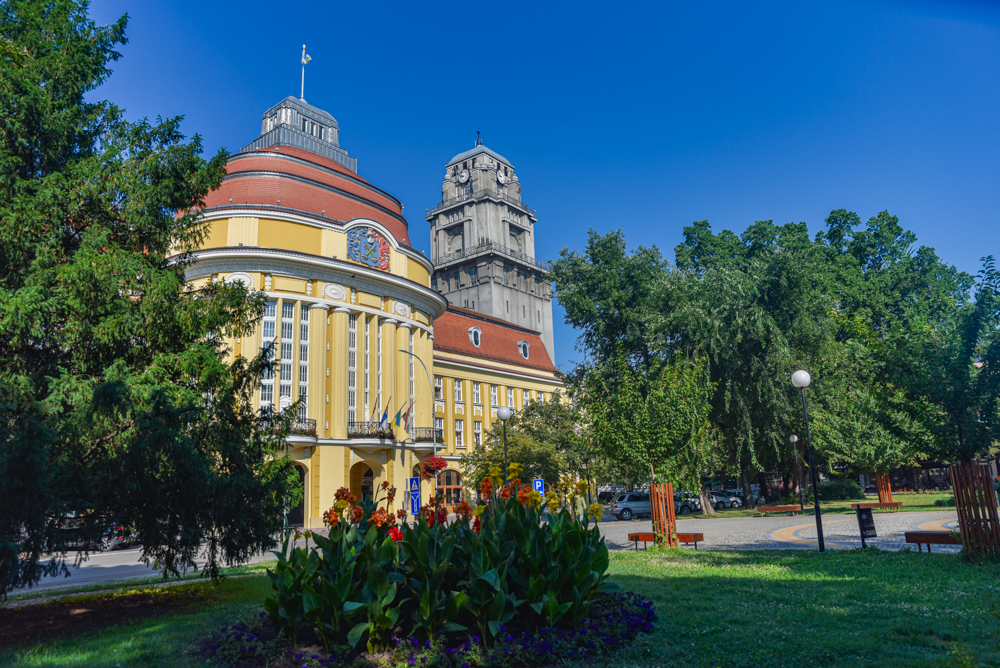 On April 16th, 1911, the old Town Hall and the Saint Stephen’s church in the town square were heavily damaged in a fire. After the economic and professional evaluation of the statics of the structure, the building commission came to the conclusion that the building had been damaged beyond repair. Therefore, the Town Assembly of the time decided on holding a contest for building a new, modern Town Hall.

Possible reason for this decision perhaps was the wish of Senta to compete with the Town Hall buildings in Subotica and Kanjiža that were being built at the time. Fifteen projects were included in the contest, and the first prize was given to the work of Kovács Frigyes, an architect from Budapest, under the logo “the 20th century”. After some changes requested by the town, construction of the monumental building began in the late autumn of 1912. The building was finished in 1914. The Town Hall, a building built in Secession/Art Nouveau style, overlooks the Main Square and stands as one of the main landmarks of the town. It is also the most remarkable structure in Senta; its massive tower dominates the town landscape, giving it a bit of a romantic feel with secession style segments in its ornaments. The gallery of the one-of-a-kind, beautifully designed decorative staircase, the ornaments of the hallway and the Town Assembly hall of the Town Hall are also remarkable architectural examples of the secession style. From the top floor of the little-under-50-metre-tall tower one can enjoy the magnificent view of the town and its surroundings. The Memorial Observation tower/Vista of the Battle of Senta is also located here.