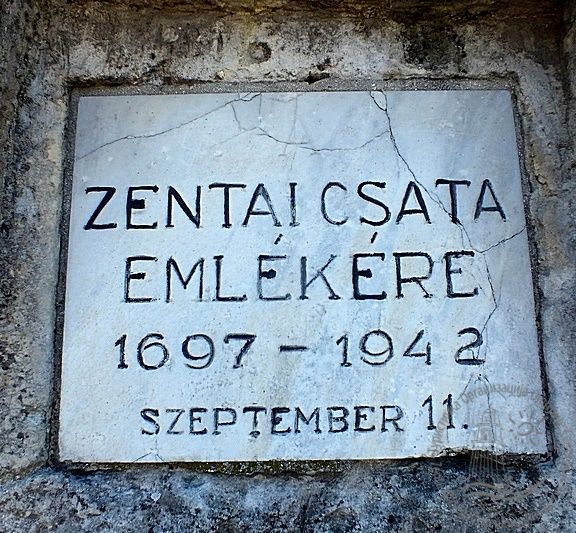 The Monument was built upon the plans of architect Zoltán Valkay in 1997.

Part of this monument is the memorial coloumn, which was erected in 1895 (made by Fischer and Brothers, in Szeged) on the original battlefield.

The coloumn was transferred to the present location in 1991. It, together with the new belfry and the pleasant surrounding give impressive remembrance to one of the most important battles against the Osman Empire.

The Monument of the Battle in Senta